I think I consume more manga than anime, especially since I read manga on my phone. So here are the titles I’ve been enjoying lately:

The duchess in the attic

Opal Halloway, the daughter of a Count, was prepared to inherit her family’s title. Although she once dreamed of a romance brimming with love, she cast that wish aside after an incident in her debut year caused her to be cast out of her social circles. Beloved by everyone in the manor and accompanied by her childhood friend Claude, she was happy to take over the estate. However, her plans are thrown out the window when her father arranges her marriage to the poverty-stricken Duke Hubert Macleod. Still, Opal hopes for the best, but Hubert only sees her as a power-hungry noble who took advantage of his financial woes to acquire his title. Thus, he throws her into the attic and forbids her from going near the true lady of the house, Stella Northam.

A shoujo ? That doesn’t sound like me, however the main reason I am reading this is because Opal is badass. A strong female character against all odds. Besides as you’ll see with the next title I was feeling a fancy english setting.

As a precocious child, Lycoris suffers from a strange sense of déjà vu. On the day her father told her about her fiancé, she realizes that her fiancé was actually a character from an otome game she once played in a previous life.

“I am the heroine’s rival from that game? And in the bad ending, I get stabbed to death? What a joke.”

I am not gonna lie it was the fancy dresses and the word yandere that caught my attention, however it is not really yandere(not yet at least), the story is ok for now.

Susumu Nakoshi is a middle-aged man who spends his days between a lavish first-class hotel and a park full of homeless people. One day, an eccentric young man approaches Nakoshi in search of subjects willing to partake in trepanation—the procedure of drilling a hole in the skull. This mysterious person claims that Nakoshi is the perfect man for the experiment. Initially rejecting the offer, he doubles back on his decision after his car gets towed off. Nakoshi agrees to let Manabu Ito, a 22-year-old medical student, drill a hole in his skull in exchange for 700,000 yen. The procedure bears no results at first, with Nakoshi showing no abnormalities. This normalcy comes to an abrupt end, however, when Nakoshi begins seeing the homunculus in every person. With his perception distorted, how will Nakoshi face these homunculi?

This one is more of my style, a psychological horror. I must admit it makes me uncomfortable at times and I don’t know if that’s a good or a bad thing. I also heard that there are a lot of psychoanalysis tropes on it.

And those are the mangas I am reading, what manga are you reading now?

View all posts by LaurelsCode

This site uses Akismet to reduce spam. Learn how your comment data is processed. 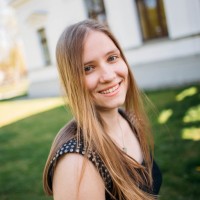 The center of your anime universe

Half the comedy, all the taste

My Day Is Booked

“Interesting things did seem to happen, but always to somebody else.”

A teenage girl with an opinion

In a journey to inspire the world ∘˚˳°✧

I must somehow make sense of our convoluted situation!

Diary of Zain
A Book Nerd

A few of my favourite things

The latest buzz about my Bullet Journal